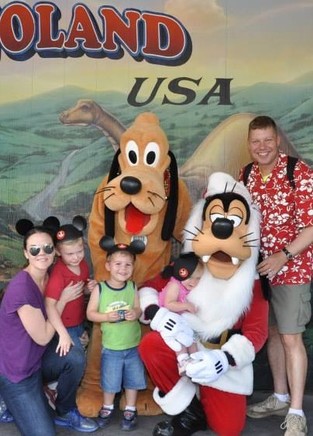 Pastor Rick Bristol began serving at True North Community Church even before we changed our name from Agape Bible Church.  During this period of transition, he still had one foot at sea and one foot ashore.  He was serving with the military as a Chaplain working with the Coast Guard in Anchorage, Alaska.  In the fall of 2017, he and his beautiful family arrived in Michigan to serve full time at True North Community Church.

Rick's life of military service began February 12, 1973 in Soest, Netherlands where his father was stationed in the US Air Force.  As a young man, Rick joined the US Marine Corps on October 26, 1993 after graduating from Apple Valley High School. He later graduated with honors from MCRD in San Diego and was promoted to PFC. He graduated at the top of his class and was meritoriously promoted to Lance Corporal. Following graduation, Rick reported to his first Duty Station: Headquarters Company, 4th Marine Regiment at Camp Schwab, Okinawa.  While serving in Japan, Rick was nominated and won 'Marine of the Quarter'.  This led to another promotion to Corporal. Upon completion of his tour in Okinawa, Rick was stationed with the 8th Communication Battalion at Camp Lejeune, NC.  Richard Bristol was then promoted to Sergeant and completed his military service honorably on October 25, 1997.

While he had given his life to Christ at the age of eight, Rick had not stayed connected to a church.  There was even a point where he believed he was an atheist.  His atheism did not last through the first few days in Marine Corps Boot Camp.  After his time in the Marine Corps, Rick Bristol began attending New Hope Community Church in Apple Valley, CA.   With a small bible he received from a Chaplain in the Marines, he started on his first serious journey in the Word.  He discovered that the more he read, the more he felt the need to keep reading.

He began leading Sunday School on occasion and found a passion to share the Gospel.  This was the first sense that God was moving him in the direction of Ministry.  During this period he had an A Capella Gospel Group which did outreaches and revivals.  Rick Bristol was working with another non-profit group, the Young Americans, when in 2003, New Hope asked if was willing to come back as their Worship Leader.  New Hope Community Church was a Southern Baptist Church in California that was going through major transitions at the time.

New Hope confirmed his call to Ministry and he mentored under their Senior Pastor.  By the time the church licensed Rick as a Pastor, he was already acting as Pastor of Administration, Music, Shepherding and Small Group Ministries.  To improve his ministerial abilities, he headed back to school. He completed a Bachelor of Arts Degree in Liberal Studies with a concentration in Social Studies at California Baptist University in Riverside, CA.  He continued his education completing his Masters of Divinity at Golden Gate Baptist Theological Seminary.  He continued serving as the full time Pastor of New Hope Community Church where he was licensed and ordained by the Southern Baptist Convention.  He was endorsed, licensed and ordained by the Evangelical Church Alliance as a Chaplain on May 6, 2008. He was commissioned as a Chaplain in the United States Navy in December 2008, completed Naval Chaplain’s School and was awarded the Stanley Beech Leadership Award upon graduation. Chaplain Bristol then reported to his first assignment in Okinawa, Japan.

Chaplain Bristol served in Okinawa for three years.  While there, he completed the Company Grade Officer Professional Military Education for the Marine Corps: Expeditionary Warfare School in May 2011.  With Camp Butler, Chaplain Bristol served 2 years as the Headquarters and Service Battalion Chaplain for the 1500 Marines of Marine Corps Base Butler.  He then was assigned as the Northern Camps Coordinator for Camps Hansen, Schwab, Courtney and McTurious.  Additionally, he served as the Primary Pastor for Camp McTurious Gospel Camp Hansen Protestant and the Camp Schwab Protestant Communities.  After Rick's tour in Okinawa, Chaplain Bristol received his dream assignment, Chaplain of a Marine infantry battalion.

Second Battalion, Eighth Marines (2/8) was the Marine Corps battalion that had been to Iraq or Afghanistan more than any other Marine Corps combat unit.  During his time with 2/8, Chaplain Bristol successfully completed a combat deployment to Afghanistan.  There, he served as the Camp Dwyer Chaplain, in addition to the duties of caring for his battalion.  To reduce struggles upon return, Chaplain Bristol aided in writing a Battalion Order which included a requirement for pre-marital counseling and conducted regular marriage enrichment workshops.  He was also instrumental in connecting with the local United Way.  This relationship resulted in hundreds of volunteer hours provided to the local community.  The battalion was awarded the “Golden Rule Award” by the United Way organization.  Chaplain Bristol’s actions and the program his battalion began has become the model for other units seeking the same cooperation.  After his time in North Carolina, he packed up and moved to his next assignment with the US Coast Guard.

Rick now serves with the US Coast Guard Sector in Anchorage, Alaska.  This duty requires several trips throughout his area of responsibility ministering to the spiritual and emotional needs of the nearly 5000 service members and their dependents.  He is one of only three Navy Chaplains in the state of Alaska and regularly travels throughout a region about a quarter of the size of the United States.

Rick is married to the former Katherine (Katy) Kujawski of Boyne City, MI.  He and his beautiful wife have four amazing children: Ricky age 7, Toby age 5, Juliet age 3 and Tori who is 17 months old.  They love serving the Family of God wherever God leads and are excited to see what incredible plans God has for True North Community Church in Petoskey, Michigan. 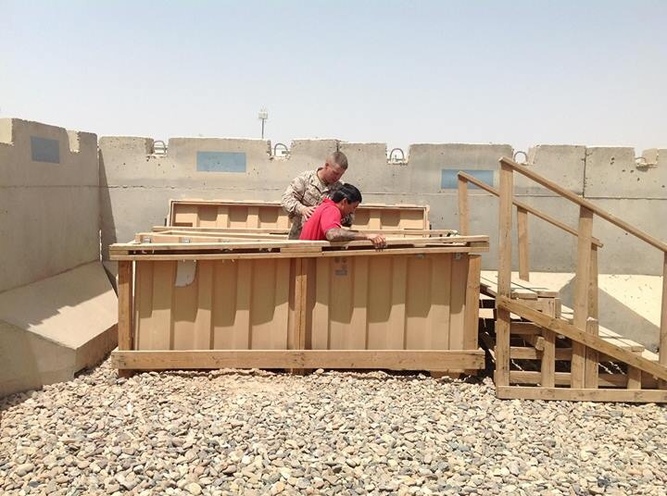